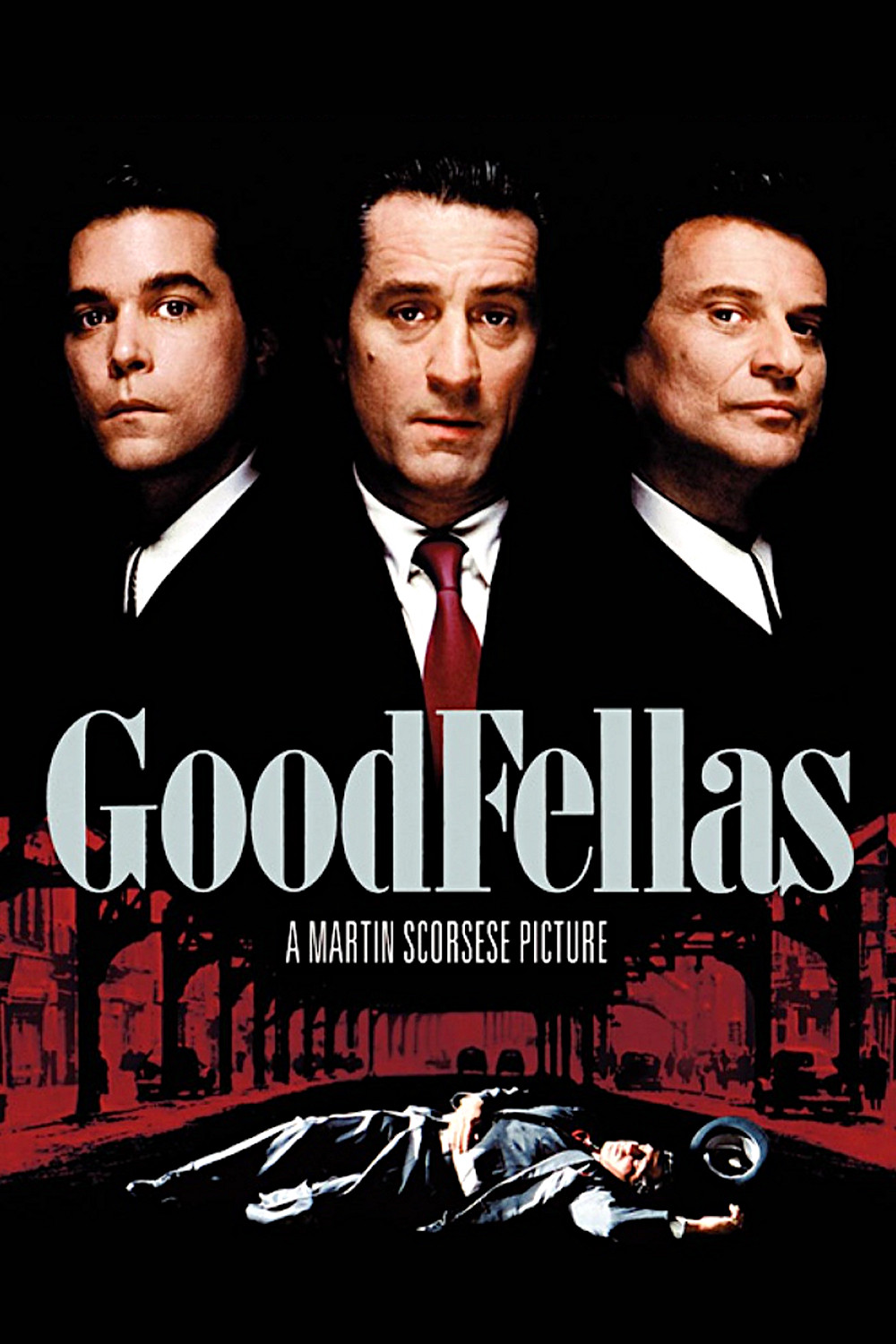 Henry Hill: And when the cops, when they assigned a whole army to stop Jimmy, what’d he do? He made ’em partners.

R: I thought I had but embarrassingly I must have had it mixed up with Casino.

R: I enjoyed this so much I think it might be my new favourite gangster movie.

F: That’s a bold statement! I still think The Godfather and The Godfather Part II sit top of that tree (I won’t talk much more about those films here as both are on the list!) And I do think that having seen all 86 episodes of The Sopranos a lot of the themes and characters in this have been explored in more depth.

R: I think The Sopranos is about as good as TV gets, but that’s because it used every one of its 86 episodes to develop the characters and create something of phenomenal depth and breadth. You can’t do that in two and a half hours. But you can tell the story of why someone would choose to be a gangster, not out of necessity or getting accidentally sucked in, but because they wanted the power and the lifestyle. To make that relatable and understandable is one of the big achievements of this film.

F: It’s definitely a different take on the gangster story, in terms of how somebody gets involved in that lifestyle. And I did enjoy watching that story. I’m glad it was in the hands of such an accomplished director like Martin Scorsese. Without him I think the characters might have become lost in the fast paced story.

R: Scorsese is firing on all cylinders here. The scope of the film is massive – running from the very start to the end of Henry Hill’s career as a gangster – but he still finds time for all those details that make the film so vivid and enjoyable.

F: Sometimes I did feel that the details were lost when the story skips forward a number of years. For example, I’m not sure I quite understand how his wife became the character she is by the end. But overall it was handled well.

R: Doesn’t the scene where she confronts Henry about cheating on her tell you everything you need to know about how she is transformed into the shell of her former self we see at the end of the movie? In that scene you see her go from having the upper hand to apologising to him. That’s efficient story telling and shows us she’s given up. Her decline then is inevitable.

F: I actually don’t think she’s as reserved at the end of the movie as she is in the middle. But it is inevitable that when you’re telling a story over many years in 2 1/2 hours then you can’t explain everything. Can we also talk about how creepy Ray Liotta looks when he laughs in this. Is that intentional or just his normal laughing face?

R: I’m pretty sure it’s a deliberately brash and grotesque laugh. While Scorsese wants us to understand Henry’s decision to be a ‘wise guy’, he doesn’t want to do so by glamorising ‘the life’. You get very similar scenes in the Wolf of Wall Street and the two films have a lot in common in the way they try to make us understand repugnant people.

F: It definitely works in making you sympathise with fundamentally horrible people. The exception being Joe Pesci’s character. There is very little to redeem him especially after the scene where he shoots Christopher from The Sopranos. It’s a superb performance from Pesci, the standout in the film for me.

R: It would be easy to ham it up in that role, but all the deep unpleasantness of the Tommy DeVito character feels very plausible. And at times you laugh along with him, which is another way you end up complicit with these horrible people.

F: This film is very sweary. Overly so in my opinion to the point where it loses its impact.

R: The mob aren’t generally known for the sophistication of their conversation! I’d much rather they talk like this than use the totally unrealistic flowery language of the gangsters we saw in Pulp Fiction.

F: That’s true. And I guess it does help to make this film feel very realistic, which it does throughout. This film is a very good depiction of the Mafia but its not my favourite in the genre. Its also not my favourite Scorsese film – I prefer at least one of the others in this list and I am also a big fan of The Departed.

R: Yes, this is the film I’ve enjoyed most out of everything we’ve seen so far. It’s a high-tempo, violent, sweary thriller with moments of humour that also gives you plenty to think about. What’s not to like?

F: I’m going to say no but only because I think this has been surpassed by The Sopranos. It has made me even more excited that Scorsese might finally be making The Irishman however.